It’s been a long time since I’ve leveled up in shodo. I’ve been plodding along for months now. One or two times, I was at the bottom of the pile even. You see, they rank your submissions. The better you write, the further to the right they put your name. And when they think you’re not only good, but actually good enough to level up, they put a circle on your name. See below:

This is for kana, not kanji (more on that later). So you see, in the 4th kyu, I was the fifth best in that month, and good enough that they thought I should be promoted, thus the circle (green arrow indicates). If you look on the far left, you can see black triangles. That indicates that the performance was below your rank. Apparently, you can get demoted, but I’m not sure how many times for that.

My sensei hands out our books at the beginning of the month. In the book is our assignment for the coming submission and the results of our last one. And I tell you, I was flying high the whole day. Maybe it’s because it had been so long. But maybe it’s just the recognition. Here I am, more than half a century in this world and I’m still filled with pride when I get a gold star. The interesting thing is, the stuff I wrote that day was better. I felt better about it, made fewer mistakes. And it’s not just personal bias. Sensei even commented on it.

Below is the actual stuff (already in an earlier post, but here for reference).

By the by, kanji is still stubbornly smack dab in the middle of the pack, still only 6th kyu, and way to the left. No triangle though, which is good. 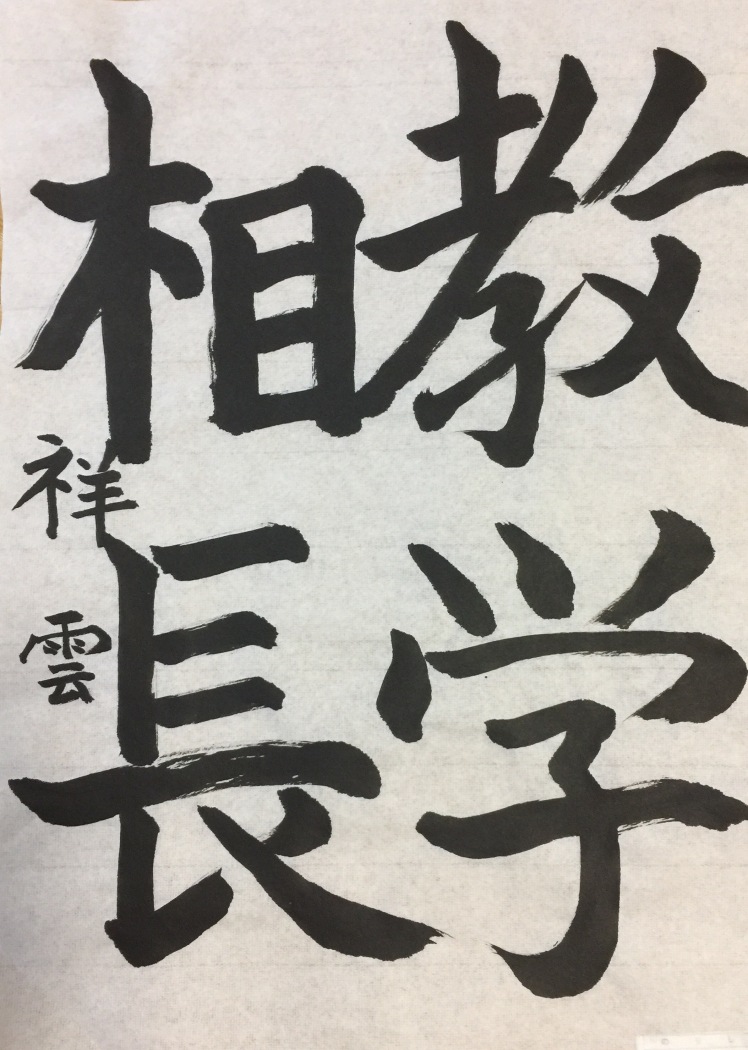