Last week I was out in Odawara for work, and I came across a little Shodo shop. It was tiny, and a bit messy, but the two old ladies running the place were really nice. I bought a new hanko there.

They had a little stand with hanko, engraved seals. In calligraphy you sign your calligraphy, but you can also affix your seal. I’d been talking to my Sensei for a while about it. I saw one there with the hiragana for “shi” which is the first sound in my name so…

Sensei tells me that she’s noticed her students level up more when they have the hanko. No scientific evidence, but she’s seen it. Here is my name with the hanko. You tell me if it makes it look better.

Oh, here is my kana and pen for the January.

And here is pen. 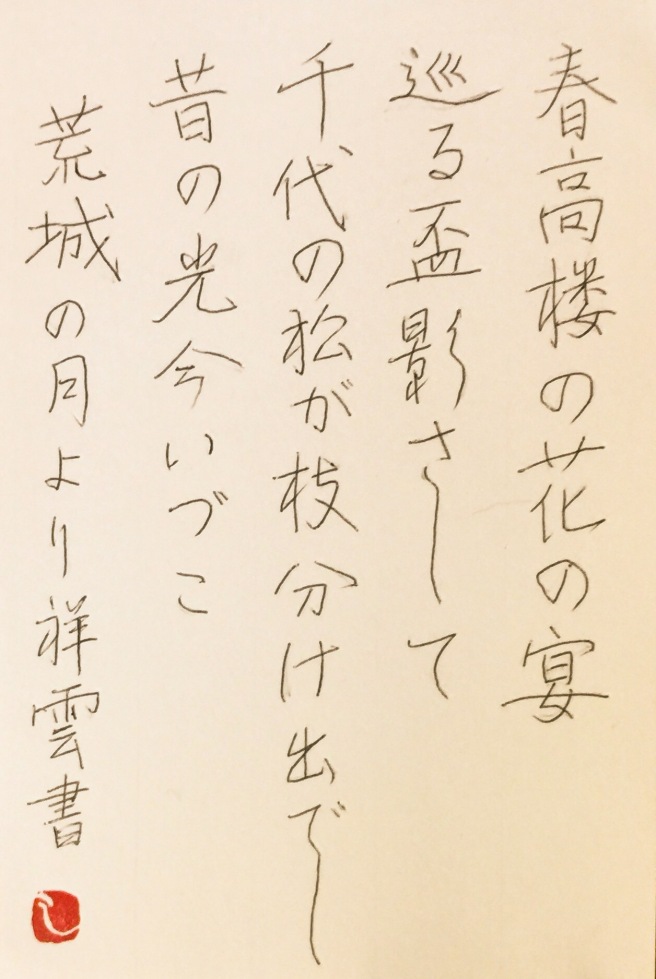 Kanji is too big for the little hanko. Have to work on a bigger one.

2 thoughts on “My New Hanko”