Japan’s relationship with nature is weird, and beautiful. You can’t put it succinctly. There’s too much history. In many ways, it is much more evolved than in the states. There aren’t many Japanese politicians that disbelieve in climate change. Part of the attitude in Japan must come from the intense urbanization of the country. Some must stem from the country’s relationship  with war. Like with a family, the relationships are intense, codependent, and some times estranged.

If you’ve ever seen a Japanime movie, you get a sense that– at least in the story telling– the Nation as a whole has an intense love for nature. Watch a documentary, you’ll see homes with wide doorways looking over rock gardens. My dad always wanted one. One of my favorite movies is Nausicaa of the Valley of the Winds, a story about a post apocalyptic world that was rebuilding. Not much lived where the people were. Not many people were there. But those that were there were conflicted and warring. The horrible monster of the movie was a giant that spat out nuclear destruction. You don’t have to read too much into it to see the post nuclear bomb psyche shining through. 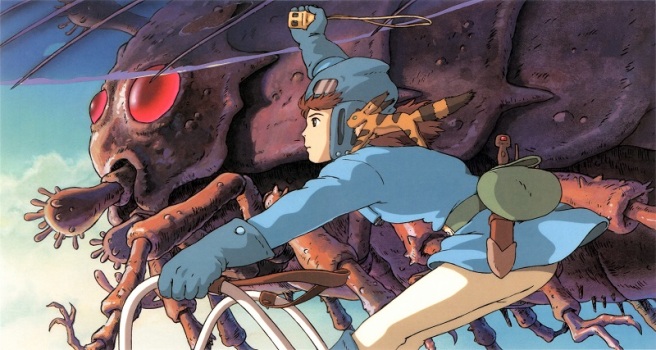 Same is true of Princess Mononoke, a story about men encroaching on the forest. The forest is represented by the spirits that live there, whom they kill.

OK, maybe I overgeneralize. I could be way off. Weirdly, most of the people in Japan live in the big cities, where you will find it hard to find a healthy looking tree. There are 37 million people living in the greater Tokyo area, this sprawl from Chiba through Tokyo, Yokohama, and Saitama. I swear to you, you can’t tell when you’ve gone from one city or prefecture to the next. It’s just one giant ciy. Below you can see a view of Tokyo Tower from near Mita. 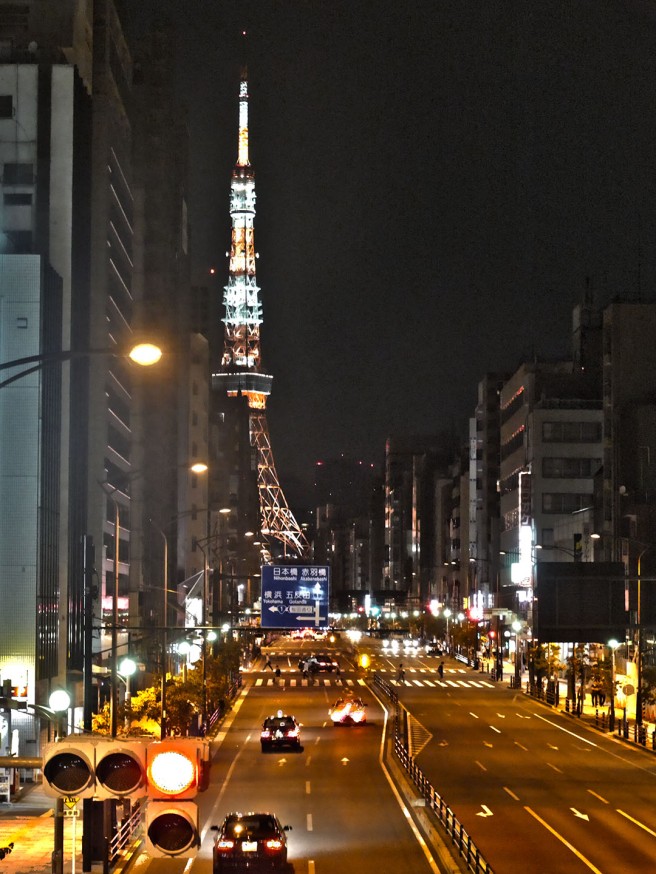 Speak to Japanese people, and they will all tell you how lovely their sakura (cherry) blossoms are. And they are. In my years here, I have been told countless times how great Japan is because we can enjoy all four seasons. Not like other Asian countries that don’t have winter (not like Boston winters, mind you, we only had snow once in Tokyo last year). They are right about the cherry blossoms. Check out this picture just outside my old office.

And yet, despite all this, they trim the trees to within an inch of their lives. The below is a picture of the street on the way to my new workplace. You look at the trees and they’re like burnt match sticks. If the country wasnt so warm and wet, I don’t think that the trees could survive. But just look at how close the electric wires are. Let the trees grow out and you’ll see those wires come down in the next typhoon. And we got lots of those, too.

Below is another example. Admittedly, this is during the late winter, when the trees are not flowering. You can see that they grow new branches — admittedly small and anemic, and only to be trimmed again in the following season — but branches nonetheless.

And yet, they have bonsai. Just look below at the little bonsai we have in our house. They are admittedly (a word I find myself using quite a bit, you can see my internal conflict) really cute, and look a lot like the grown up version of the above trees when in bloom. 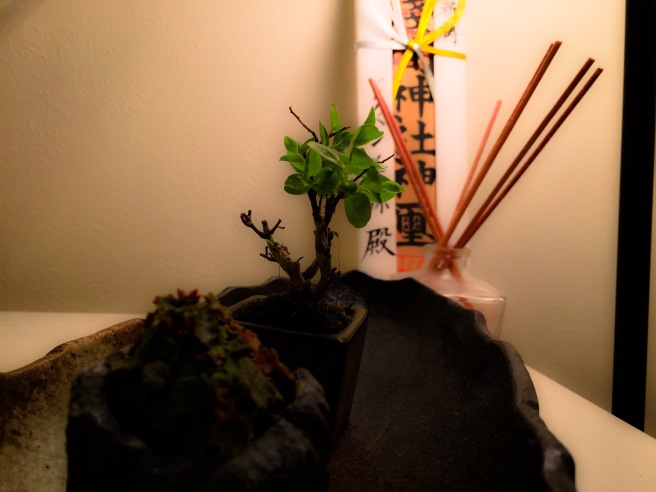 When you leave the cities, you see such beauty living in harmony with the surrounding green. Below is Toshogu, which I wrote about before. You see this and you understand where Mononoke comes from.

I am conflicted. There is such beauty here. There is an awful lot of contradiction. Not unlike the rest of us, I guess.

3 thoughts on “Japan is Awesome – Nature”